The first prominent modern vegetarian was the Greek philosopher Pythagoras who lived towards the end of the 6th century BC. The Pythagorean diet came to mean an avoidance of the flesh of slaughtered animals. Pythagorean ethics first became a philosophical morality between 490-430 BC with a desire to create a universal and absolute law including injunctions not to kill “living creatures,” to abstain from “harsh-sounding bloodshed,” in particular animal sacrifice, and “never to eat meat.”

The diet followed Pythagoras was lacto vegetarian, ie eat: Fruits, vegetables, cereals, nuts, legumes and dairy minimally, in order from the largest to the smallest amount. Said that one should not eat the factors together with the output (eg chicken and egg) and avoid almost all generally seafood. Cereals were the basis of the diet of the Golden Age of people like Hesiod tells us in his “Works and Days” and the staple food of the Pythagoreans. “For lunch the Pythagoreans used only bread (with yeast) and honey” (Iamblichus, “On Long Pythagoras”, par 97).

Hippocrates was talking about balance: “The thing that maintains health within the body is equitable distribution and precise mixing of the forces (= fairness) of dry, liquid, cold, sweet, bitter, sour and salty. 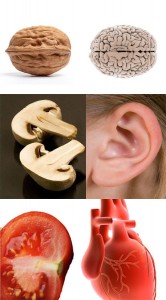 The illness is caused by the prevalence of one (= monarch). Treatment is achieved by restoring the disturbed balance, using the opposite of excess force”. The exact mixing, equality, symmetry, harmony are the basis of the dogmas of the Pythagoreans and of Hippocrates.
Hippocrates writes: “Within the man there are bitter, salty, sweet, and sour, and the astringent… and when these ingredients are blended and bonded together, neither is shown, nor is affecting humans. But when one of them separates itself and left alone the damage appears”.

the 4th century BC, Hippocrates taught through the famous aphorism that “your medications Let it be your food and let your food be your medicine. ” After 2500 years, many modern scientific bodies following studies and experimentations begin to recognize that physician-philosopher from Kos was right.

Hippocrates had it right so many years ago! Food, especially locally grown and sourced produce, is such amazing healing properties! Every fruit and vegetable has a certain pattern that resembles a body organ, this pattern acts as a signal or sign as to that fruit or vegetable’s benefit to us. 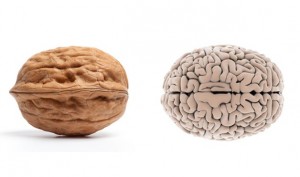 1. Nuts: Brainhyppocrates nutrition prevent brain deseases
The folds and wrinkles of a walnut bring to mind the brain. The shape of the nut even approximates the body part, looking like it has left and right hemispheres. Wanuts have a very high content of omega-3 fatty acids, which help support brain function and vitamin E which help prevent diseases such as Alzheimer’s. 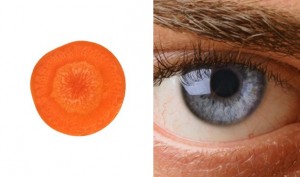 hyppocrates nutrition increases eye visionSlice a carrot in half crosswise and it’s easy to see that the veggie resembles an eye—look closely and you’ll even notice a pattern of radiating lines that mimic the pupil and iris. And the old wives’ tale is true: Munching on carrots will actually promote healthy eyes. “Carrots are filled with vitamins and antioxidants, like beta-carotene, that decrease the chance of macular degeneration, the leading cause of vision loss in older people,” says Sasson Moulavi, MD, medical director of Smart for Life Weight Management Centers in Boca Raton, Florida.

4. Celery: Bone
hyppocrates nutrition nourishing properties of celery
Long, lean stalks of celery look just like bones—and they’re good for them, too. “Celery is a great source of silicon, which is part of the molecular structure that gives bones their strength,” says Dr. Moulavi. Another funny bone coincidence: “Bones are 23 percent sodium, and so is celery,” reports Avellino. 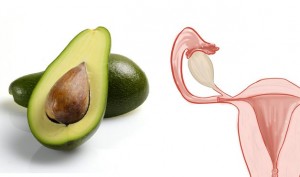 5. Avocados: Uterus
hyppocrates nutrition nourishing properties of avocado
The lightbulb shape of an avocado looks like a uterus, and it supports reproductive health as well. “Avocados are a good source of folic acid,” says Elizabeth Somer, registered dietician and author of Eat Your Way to Happiness. “Folate has been found to reduce the risk for cervical dysplasia, which is a precancerous condition.” 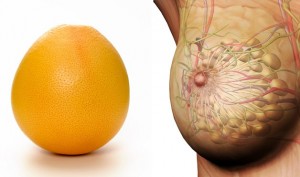 6. Grapefruit: Breast
hyppocrates nutrition nourishing properties of grapefruit
The similarity between round citrus fruits––like lemons and grapefruit––and breasts may be more than coincidental. “Grapefruit contains substances called limonoids, which have been shown to inhibit the development of cancer in lab animals and in human breast cells,” says Dr. Moulavi. 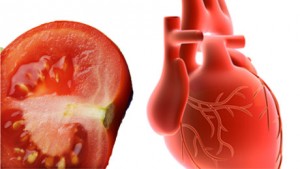 7. Tomato: Heart
hyppocrates nutrition nourishing properties of tomato
Slice open a tomato and you’ll notice the red veggie has multiple chambers that resemble the structure of a heart. “Studies have found that because of the lycopene in tomatoes, there is a reduced risk for heart disease in men and women who eat them,” says Somer. And, she adds, if you mix them with a little fat, like olive oil or avocado, it will boost your body’s lycopene absorption nearly tenfold. 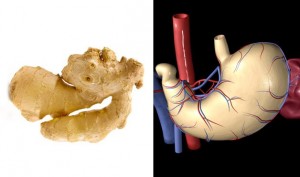 8. Ginger: Stomach
hyppocrates nutrition nourishing properties of ginger
Anyone who’s ever reached for a glass of ginger ale when they’ve had a stomachache knows about the antinausea effects of ginger. So it’s fitting that the herb somewhat resembles the digestive organ. According to Dr. Moulavi, “gingerol, which is the ingredient responsible for ginger’s pungent scent and taste, is listed in the USDA database of phytochemicals as having the ability to prevent nausea and vomiting.” 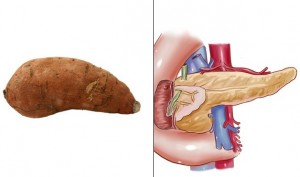 9. Sweet Potatoes: Pancreas
hyppocrates nutrition nourishing properties of sweet potatoes
The oblong sweet potato bears a strong resemblance to the pancreas, and also promotes healthy function in the organ. “Sweet potatoes are high in beta-carotene, which is a potent antioxidant that protects all tissues of the body, including the pancreas, from damage associated with cancer or aging,” says Somer.

10. Figs: Male Sperm
hyppocrates nutrition nourishing properties of figsFigs are full of seeds and hang in twos when they grow. Figs increase the mobility of male sperm and increase the numbers of Sperm as well to overcome male sterility. 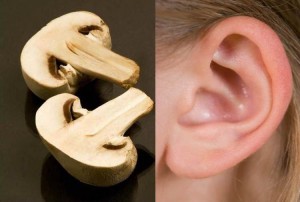 11. Mushroom: Ear
hyppocrates nutrition nourishing properties of mushrooms
Slice a Mushroom in half and it resembles a human ear. Mushrooms have been found to improve hearing, as mushrooms are one of the few foods that contain vitamin D. This particular vitamin is important for healthy bones, even the tiny ones in the ear that transmit sound to the brain.

12. Grapes: Lungs
hyppocrates nutrition nourishing properties of grapes
Our lungs are made up of branches of ever-smaller airways that finish up with tiny bunches of tissue called alveoli. These structures, which resemble bunches of Grapes, allow oxygen to pass from the lungs to the blood stream. A diet high in fresh fruit, such as grapes, has been shown to reduce the risk of lung cancer and emphysema. Grape seeds also contain a chemical called proanthocyanidin, which appears to reduce the severity of asthma triggered by allergy.

View all posts by: AND